âArte y Sabores de CÃ³rdobaâ is one of the most authentic tablaos in CÃ³rdoba. It is located in the old Arabic Baths of Santa MarÃ­a (10TH century), right in the heart of JuderÃ­a (Jewish quarter). A magical place of the Caliphal period, near the Mosque and the palatine city of Medina Azahara.

It is a unique place to enjoy the best flamenco in CÃ³rdoba. You will delight with the passion of flamenco singing and dancing, with the best artists and a perfect venue with excellent acoustic.

Just book your ticket and enjoy this unforgettable experience. 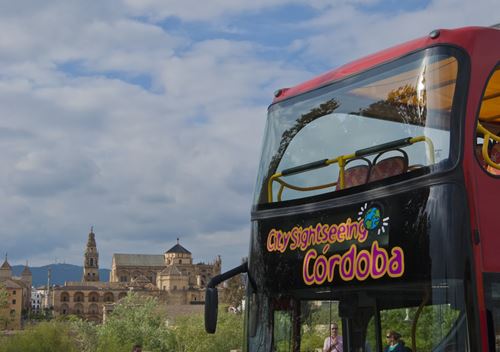 The new product of City Sightseeing, called Cordoba Experience, will allow you to enjoy during two days the tourist bus Hop on-Hop off, and in addition to walking tours for discovering the magnificent historical and cultural heritage of the city. The historical center and Jewish Quarter are both declared a World Heritage Site and its most emblematic jewel monumental the Mosque-Cathedral.

You go over all the points of interest of Cordoba, including hermitages or the site of Medina Azahara. You will have free tickets to shows and cultural spaces, tastings and discounts at shops and restaurants. Do not leave anything to know and enjoy this city.

Live the authentic Cordoba Experience with this City Pass!! 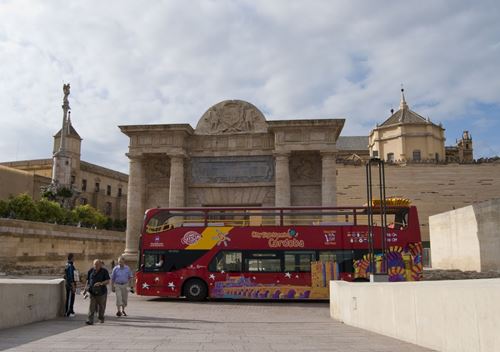 Historically, CÃ³rdoba has attracted travelers and civilizations from all parts of the world because of its location on the banks of the Guadalquivir River, its sunny climate and its natural resources. Romans, Arabs, Jews and Christians left their mark in the city of Cordoba. You can find monumental buildings, art works and an advanced infrastructure. As a result, the historic centre of the city brings a valuable cultural legacy declared in 1994 as a World Heritage Site by Unesco.

The decoration of patios in CÃ³rdoba has been declared Intangible Cultural Heritage of Humanity. Lots of colorful flower pots brighten up the houses of the city. Folklore makes Cordoba a particularly colorful destination, especially in spring, because of its famous celebrations such as Easter, the Crosses of May, and the Festival of the patios and the May Fair.

The tour of City Sightseeing Cordoba allows travelers discover this rich heritage and history in a single tour of 1 hour and 20 minutes long, accompanied by commentaries in 10 languages and hop on â hop off in any of the 17 stops located on the main attractions.